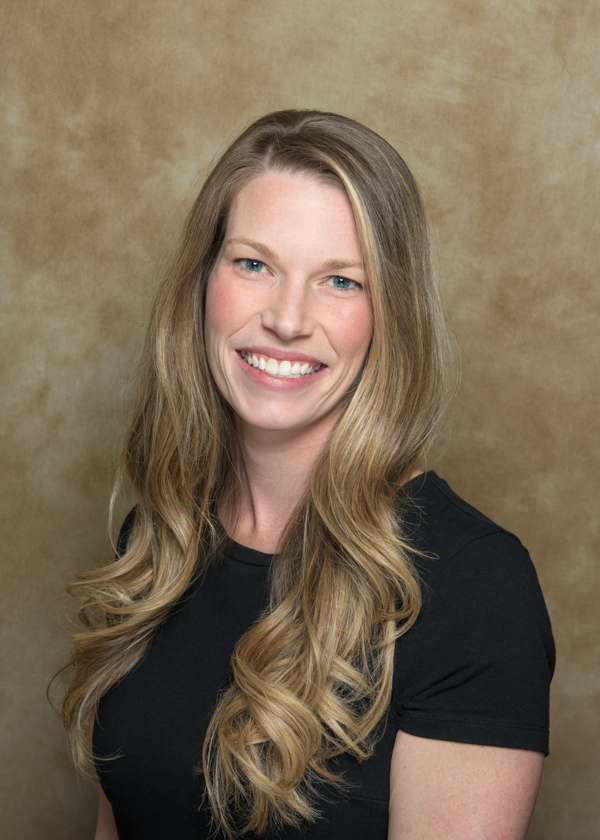 Kristin has been a licensed Speech Language Pathologist since 2007. She was born and raised in Portland, Oregon and received her bachelor and master degrees in Communication Disorders and Sciences from the University of Oregon. She was treasurer of the U of O branch of the National Student Speech Language Hearing Association. During her graduate program, she completed her school and medical-based externships in Bend and quickly fell in love with living in beautiful Central Oregon.

Following graduate school, Kristin worked at St. Charles Health Systems from 2007-2014 and Bend Transitional Care (skilled nursing facility) from 2014-2017. Her main focus has been working with adults in outpatient services; however, she also has experience in the acute, inpatient, and sub-acute settings. In 2014 she co-founded Sonos Neurotherapies, LLP with Casey Collins and has been working in private practice ever since.

In her spare time, Kristin cherishes the company of her friends and family while taking part in the various outdoor recreational opportunities Central Oregon has to provide. She especially likes water skiing, paddle boarding, hiking, mountain biking, snow skiing camping. Kristin has been married to her husband, Ryan since 2011 and together they are raising their daughters, Lena and Ayla, and their dog, Autzen.

Kristin has experience with dysphagia (swallowing disorders), is trained in optic endoscopic evaluation of swallowing (FEES), conducting and reading modified barium swallow studies (MBSS), and is certified in Vital-Stim (Neuromuscular Electrical Stimulation; a specialized treatment for dysphagia). She is versed in the evaluation and treatment of voice disorders, vocal cord dysfunction, cognitive impairments, and speech and language disorders for both children and adults.

Kristin is particularly passionate about working with adolescents and adults following a traumatic brain injury or concussion and those suffering from vocal cord dysfunction. She also enjoys working with people who have Parkinson’s Disease. In 2018, she received a grant from Parkinson Voice Project and was trained in SPEAK OUT!® and The LOUD Crowd®, a two-part speech therapy program to help individuals with Parkinson’s regain and maintain effective communication. Kristin is also an instructor for the Parkinson’s Resources of Oregon Communication Group in Bend.